A New Area for Many Investors: Vertical Farming

One promising area in agriculture in this day of age, involves you growing your crops inside, vertically, in racks and in some existing underutilized warehouse.

This is known as vertical farming. There is a rising amount of classy early stage investors who think that this new age food can transform agribusiness.

So imagine 365 days without droughts, infestations or freezes. Growing a lot more heads of lettuce in an area of horizontal growth space, since you are able to grow yours in racks that can extend all the way to the ceiling of the warehouse. 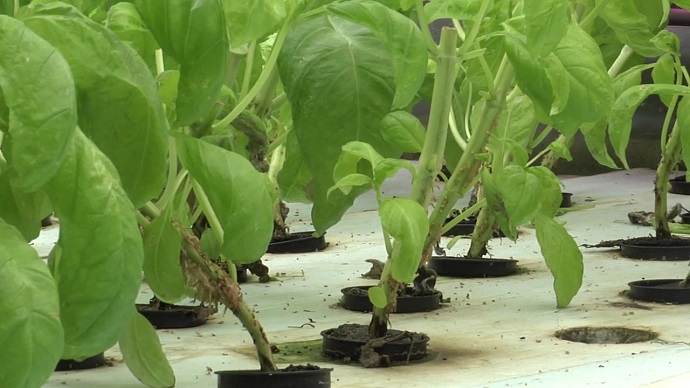 This is the kind of area that has a probable massive long potential for much growth. Worldwide demographics and the environmental change is reshaping the world and us as the occupants of the world need to in turn change also. At any given time, there are about 850 million people on Earth that go to bed hungry every time. This number is very likely to increase if there are not some kind of pattern shift in the unsustainable agriculture.

This type of worldwide changes is impacting us all in some way. An opportunity exists everywhere, sequencing and severity can vary by the region or the even the economic standing.

For many investors this could be a good thing.

The know-how of vertical farming has come from many of the unusual places. This includes NASA, Dutch bioengineers, staffers in Antarctica, indoor marijuana growers, research stations and a professor at Columbia University whose name is Dickson Despommier, he has been a very active proponent.

The technology of farming vertically can capitalize years of research and development within photosynthesis and the grow medium composition. Plants grown indoors, in a vertical space will typically not grown in traditional soil. Instead, they are grown in a different substance. The small cost of LED lighting and customer’s tastes changing to healthier and safer food. You now have a great trend within the making.

With the vertical farming, there is controlled climate. The crops may be grown on a lot less land and closer to the market. This helps lessen the transportation cost. Also, you get to use less water and it is recyclable. There is no need for fertilizer or soil. There is a potential for multiple harvests each year.

The cost of the construction is the main drawback here. Also, the electricity bill depending on the system. If using the newer LED lights, you are likely going to lower the electricity bill. In many cities, there are traditional farms and other ways of urban farming. For instance, growing crop on the rooftops and in empty lots. Maybe just 60-100 miles away this is close enough to compete with the vertical farms.

Many of these farms have sprouted in many North American areas, even in Scandinavia, Korea, Netherlands, Germany, Singapore and Abu Dhabi and many more. Farms are viable economically on the unsubsidized basis and only in affluent countries. This is because since the cost of technology and the small volumes come with a high cost. 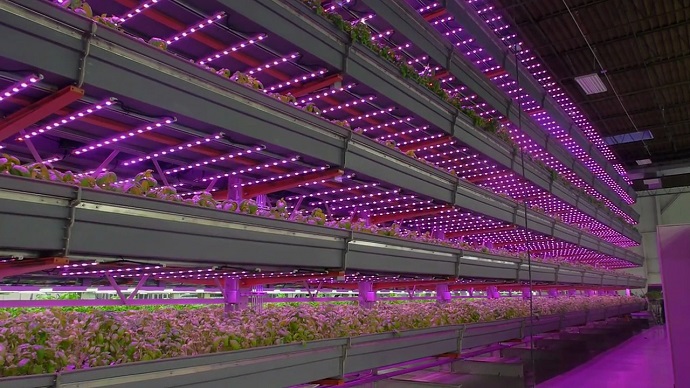 Occasionally, food that is grown like this is a luxury. For instance, in China, the wealthier people are gradually growing their produce outside the city, this is because they do not trust where the store bought food is coming from.

A representative of an inventor in space, Ecopia Farms is currently a vertical indoor farm. It is located in San Francisco in an 8,000 so. ft. warehouse by some Silicon Valley veterans. With the purple light that is off by the blue and red LED lighting, if one did not know better it would look like a nightclub. The tech farmers are able to grow organic lettuce, greens and much other produce in the soil. They are on racks that are stacked on top of each other. If someone wanted to grow the same amount of produce, it would take over 30 acres outside and more than 30 times the amount of water.

See also  The Benefit of Having Backyard Chickens

Scalability is very important to a farm that is vertical and has the industry’s hardest challenge. The operation will need to produce enough crops so it can see it at a profit to the large chain stores instead of just to the high end smaller markets.

There is an increase of the ground-breaking farming companies. For instance, Whole Foods is providing the funding within the Chicago area to FarmedHere. This company is a vertical farming company that also has tilapia. The nutrient rich by-products within the water are being filtered to benefit the produce crops. The funding can come from some surprising places. A Japanese Electronics Conglomerate Panasonic is moving into the farming technology. They gave equipment for the first licensed indoor farm in Singapore.

Vertical farming has been an infinitesimally small piece of the existing agriculture in the U.S., a lot of start up in this niche in agriculture space may not survive. This is from a faulty business model, no technology, or horrible management. Several people have failed within the past decade. 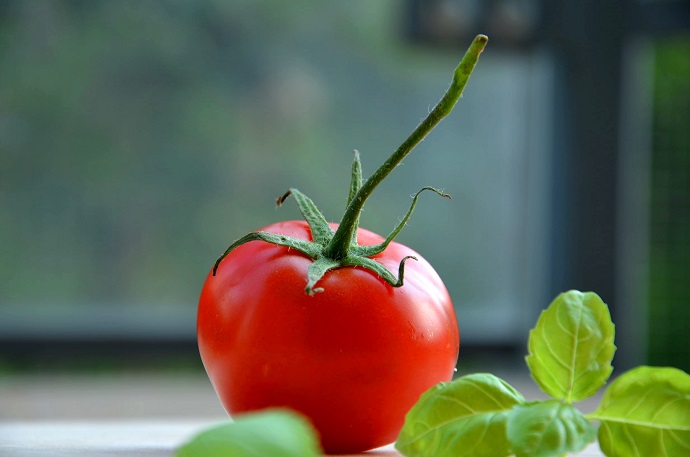 You need to keep in mind that the basic tomato will travel up to 1,800 on a truck from farm to table. One day a tomato’s travel may be shortened just by a few blocks or a taxi ride.