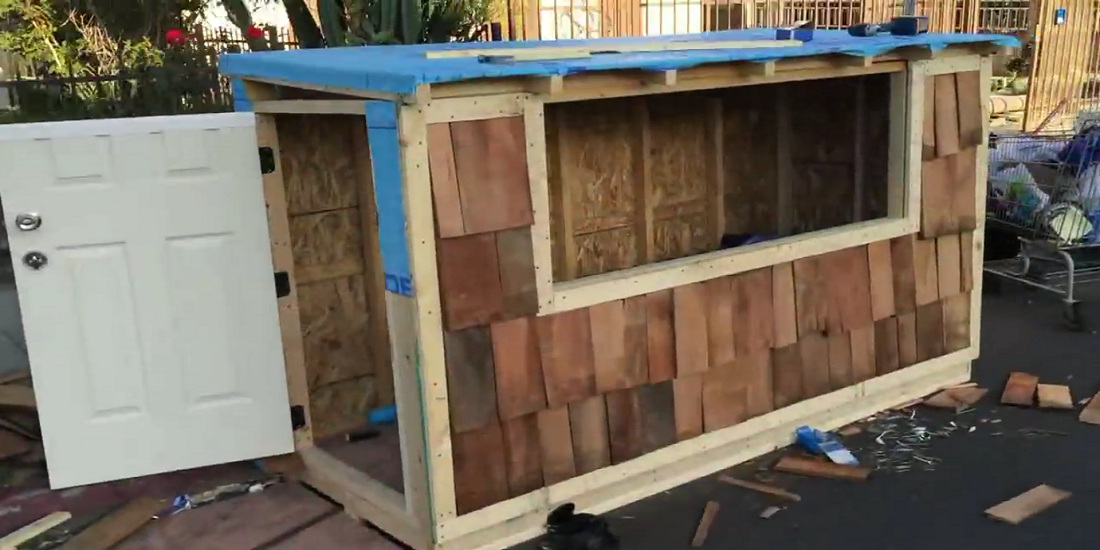 Los Angeles has seen its fair share of the housing crisis but now it has gotten even worse when L.A city officials have started to impound and seize these small houses. They were donated to the homeless people by a musician and south L.A. resident, Mr. Elvis Summers, in hopes of providing them a safe place to sleep.

Mr. Summers even use to be homeless too. His organization, My Tiny House Project LA, is on a task to create tiny shelter, help people in need, to motivate people and to help rebuild communities. Also to be the Doers and plan now for a more positive tomorrow.

He placed dozens of colorful, solar powered structures next to highways and campsites in hopes to offer a stronger alternative to tents.

The Department of Sanitation has already taken three of the small houses this month. Spokesperson, Elena Stern has claimed that the small houses create a safety and health hazard. The department has been greatly condemned for its hostile and vigorous clearing of the homeless camps within the city. Alongside that, Steve Pedersen who is the chief of environmental compliance inspector said they usually average about 117 clearing of campsites a month.

Officials had planned to impound many more last week but instead Mr. Summers and his team had cleared them out before they could. It has been said that he moved the homes to some private land so that the homeless people can keep staying in them.

Why is the city of L.A. cracking down?

Since last year, the city’s houses crisis was so bad that the council called for a state of emergency on the homeless. This is why they have crackdown on the structures. In the year of 2015, it was reported that there were over 44,000 people that were homeless.

The spokeswoman for the LA Mayor Eric Garcetti, Connie Llanos said that the tiny homes pose a danger because of the materials that were found in them. The thought of these materials in a small space and without proper insulation it can put the people’s lives in extreme danger.

Llanos also said that the people will be better off by taking the benefit of local resources like housing vouchers and shelters.

A report by Zillow, stated that Los Angeles residents were paying the highest amount of their income to rent compared to other cities in the country. A different study showed that Los Angeles is the least reasonable in the entire area of metro areas. This includes San Francisco and New York.

In December the director of Coalition for Economic Survival had professed that the city’s foreclosure disaster and its impact on hardworking Americans is a national shame. Many social organizations within the city are calling for more of the larger-scale resolutions. They need it to include, protections against gentrification, the immediate stop to unfair evictions and displacement and also to safeguard control of rent.

Since the government’s punitive response about the small gestures of humankind shows where their primacies truly are.