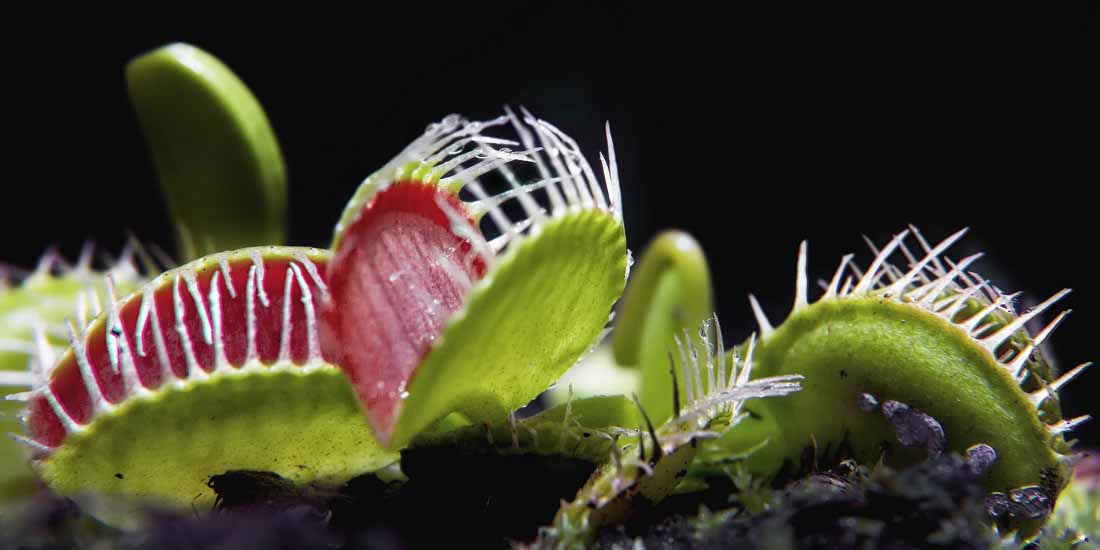 Do plants have Brains?

Neuroscientist Greg Gage utilizes complex equipment used to study the brain out of graduate-level labs and brings them to middle – and high-school classrooms (and, sometimes, to the TED stage.)

Prepare to be amazed as he hooks up the Mimosa pudica, a plant whose leaves close when touched, and the Venus flytrap to an EKG to show us how plants use electrical signals to convey information, prompt movement and even count.

The Venus flytrap (also referred to as Venus’s flytrap or Venus’ flytrap), Dionaea muscipula, is a carnivorous plant native to subtropical wetlands on the East Coast of the United States in North Carolina and South Carolina.[3] It catches its prey—chiefly insects and arachnids—with a trapping structure formed by the terminal portion of each of the plant’s leaves, which is triggered by tiny hairs on their inner surfaces.

When an insect or spider crawling along the leaves contacts a hair, the trap prepares to close, snapping shut only if another contact occurs within approximately twenty seconds of the first strike. The requirement of redundant triggering in this mechanism serves as a safeguard against wasting energy by trapping objects with no nutritional value, and the plant will only begin digestion after five more stimuli to ensure it has caught a live bug worthy of consumption.

See also  Al Gore: The Case for Optimism on Climate Change (TED 2016)
about what is it