Fungus that Eats Iron from Rocks Found in Chinese Mine

If you think that rocks are safe from fungi and bacteria, think again. The Talaromyces flavus is a fungi that latches into rocks and slowly disintegrates them, getting any iron the rock may have as food. In a step by step description of the researchers who discovered it, the fungi attaches itself to a rock and releases a type of acid that disintegrates the surface in order to reach its food. Afterwards, it uses a different chemical to take the iron off of the rock. It then has its filaments carve into the rock to unearth the untouched surface for more food. It’s like the fungus is designed to get food in this step by step process.

Henry Teng, a geochemist at George Washington University even said “These organisms, they don’t have a brain, but they’re pretty smart”. The discovery of this fungus is groundbreaking considering the advances that the research community can learn from it. In previous studies, microbial geochemists have studied the effects of microbes that are crucial to weathering, which is the chemical and physical breakdown of rock. This kind of interaction has the researchers thinking that they may have underestimated how deep the effects of fungi are on weathering.

Teng even added “No one has looked at the interface in such detailed fashion”. A microbial geochemist at the University of Texas, Philip Bennett even said “It’s one of the most comprehensive looks at the specific fungal-mineral interaction”. This study has caught the eye of numerous experts in the field.

The fungus was found lurking inside a serpentine mine in Donghai, China, while the research team was looking for magnesium-extracting microbes that eat on rocks. Magnesium is helpful in isolating Carbon Dioxide in the atmosphere and microbes are an energy efficient way of harvesting it. They found the Talaromyces flavus to be the best among their cultured microbes at extracting the magnesium from the lizardite mineral.

See also  The Product that Can End Monsanto? 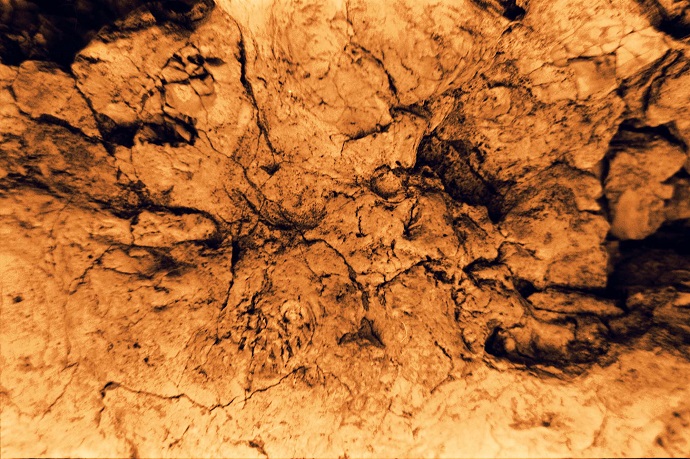 But that doesn’t end there. After delving further into the study, the team found pits on the lizardite mineral and when they studied it further, they found filamentous fungal cells called hyphae. The tips of the hyphae can produce pressure synonymous to 100 times than that of a car tire, explaining why the fungus was able to breach further and further into the mineral.

This lead the team to a discovery that microbes might hold a bigger role when it comes to moving nutrients through a soil ecosystem. The discovered fungus could shed a light on how microbes affect minerals all over.

about mold mould mycelia what is it