Mark Peterson, the only farmer of his kind in Victoria has found his forte in the market by providing to the bio-dynamic marketing company. He said that it has never been easier to go organic.

With a crowd of about 12 dairy business at an Australian Consolidated Milk organic information session in Terang, Peterson told that having a milk processor will help with the costs and paperwork associated in organic certification. This will also make it easy to the processing of the organic certification.

Peterson is not just a traditional dairy farmer, he milks 170 cows on his Nathalia property and building up to 250 across 182 ha bio-dynamically – a system that he has implemented and improved on since he took over running the family farm in 1987. He first became interested in biodynamic farming when he toured a farm that implemented the system, when he was an apprentice back in the early 1980’s. He has been running this business for 30 years and he had to pursue certification himself.

To explain more, bio-dynamic system is a form of agriculture that is very similar to organic farming but includes esoteric concepts. Bio-dynamic farmers make their every effort to create a diversified, balanced farm ecosystem that generates health and fertility as much as possible from within the farm itself. Preparations made from fermented manure, minerals and herbs are used to help restore and harmonize the vital life forces of the farm and to enhance the nutrition, quality and flavor of the food being raised. Bio-dynamic practitioners also distinguish and strive to work in cooperation with the understated influences of the wider cosmos on soil, plant, and animal health.

Peterson said that he went down the path of bio-dynamic because there was no organic when he started the process, thus leading to the production of biodynamic liquid milk.

He also added that a third of his business is with the “high-end coffee trade” and baristas believed the milk enhanced the flavor of the coffee.

In addition, ACM hopes to produce its own organic milk pool to supply the new and current customers. They dedicated to pay a minimum of $8kg of milk solids for the milk. They also said that it would pay “the direct administration costs charged by the ACM – approved organic accreditation company.”

The organic certification is important for businesses that are directly involved in food production to check if there are synthetic chemical inputs, to avoid genetically modified seed, the use of farmland that has been free from prohibited chemical inputs for a number of years, if the livestock is adhering to specific requirements given (for feed, housing, and breeding), detailed written production and sales records for audit trail, if they are maintaining strict physical separation of organic products from non-certified products, and if they are undergoing periodic on-site inspections. These requirements may vary from country to country but it is needed to get organic certification.

Once all the above stages have been completed, the farm will be registered as a ʻLicenseeʼ and a Certificate of Compliance will be issued along with a Schedule to the Certificate. The Certificate can be displayed to demonstrate to customers that the operation is registered. Customers frequently ask for a copy of the current Certificate to confirm that the farm is licensed to produce the organic products it is supplying, so a copy should also be kept.

See also  The Swiss Have Spent the Most on Organic Produce

Further, Peterson said that he paid $550 a ton for organic grain, an irrigation water at $250 a mega-liter. According to him, it was “a no brainier­” to irrigate. He also highlighted public perception around animal welfare in organic farming and gave people the option to come out and see what he did but few took it up.

“(The installation) of cameras on your farm and in your shed is probably not far away,” he added.

“Stressing antibiotics could still be used in an organic system, it will be required that the animal has to have a six-month withholding period from the vet.” 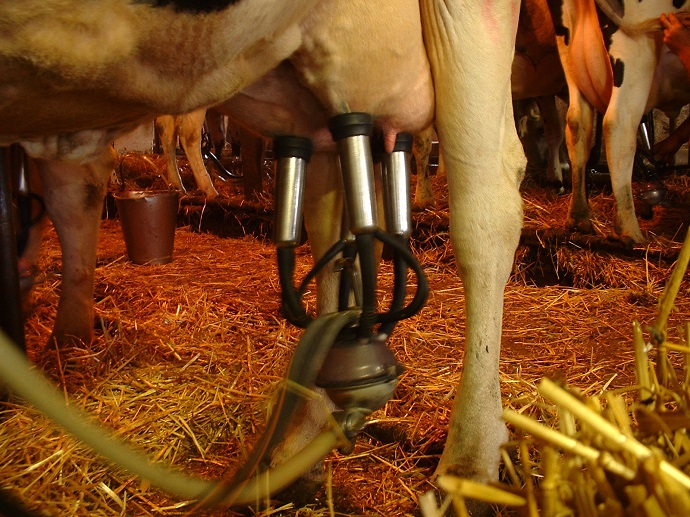 In accordance to him, he rarely used antibiotics and expounded foot rot was treated using copper sulfate with a 99 per cent success rate.

Though on the other hand, Mastitis is a big issue. Using udder mint to limit swelling, he was making trials of a combination of raw honey and saline solution to inject into the udder. He said this had helped about half the cows that had mastitis problems. Breeding low cell count cows is a priority with a focus on Ayrshires and Aussie Reds, which naturally have a low cell count.

“A bio-dynamic system is a strict system but if you get it right it works well. The proof of the pudding is in the tasting and we produce a top quality product,” he said.