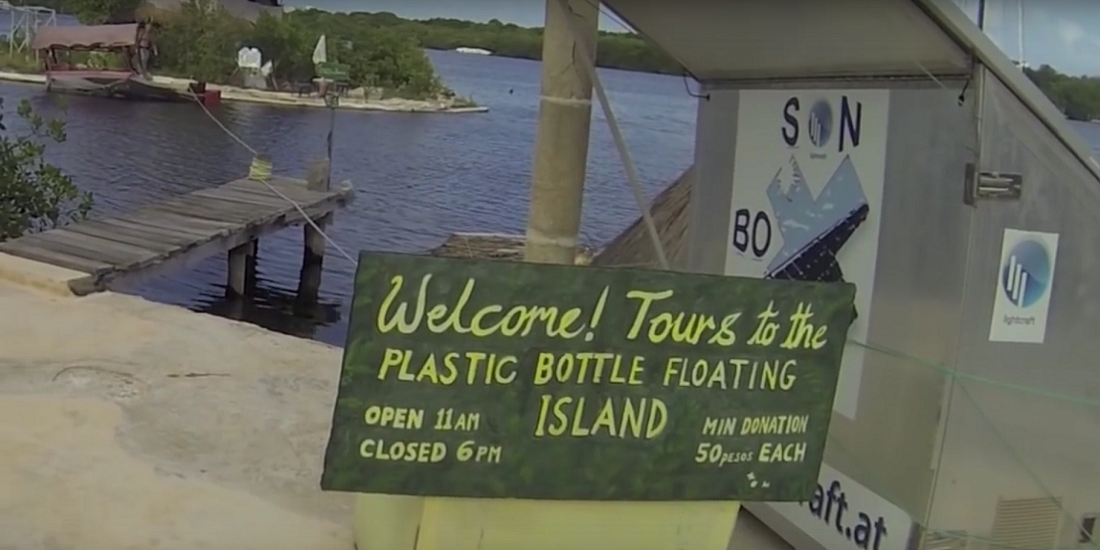 Containing about 100,000 bottles, This new island has three beaches, 2 ponds, a house, a solar-powered waterfall – plus solar panels, a wave-powered washing machine and river. Here is a floating artificial island that was the product of British artist Richart “Rishi” Sowa. This is not his first attempt at building an artificial island, his first Island was dispatched by a hurricane in 2005; a replacement, Joyxee Island, built in Mexico, has been open since 2008 and available for tours. Initially 20 metres in diameter, it has since expanded to 25 metres, and very pleasantly plants and mangroves are already florishing.

A number of volunteers helped with the project, which was created to bring attention to pollution problems in the sea. With the continual improvements to the Island, it will always be a work of art in progress.