To Reduce Emissions and Hunger, We Must Reduce Food Waste 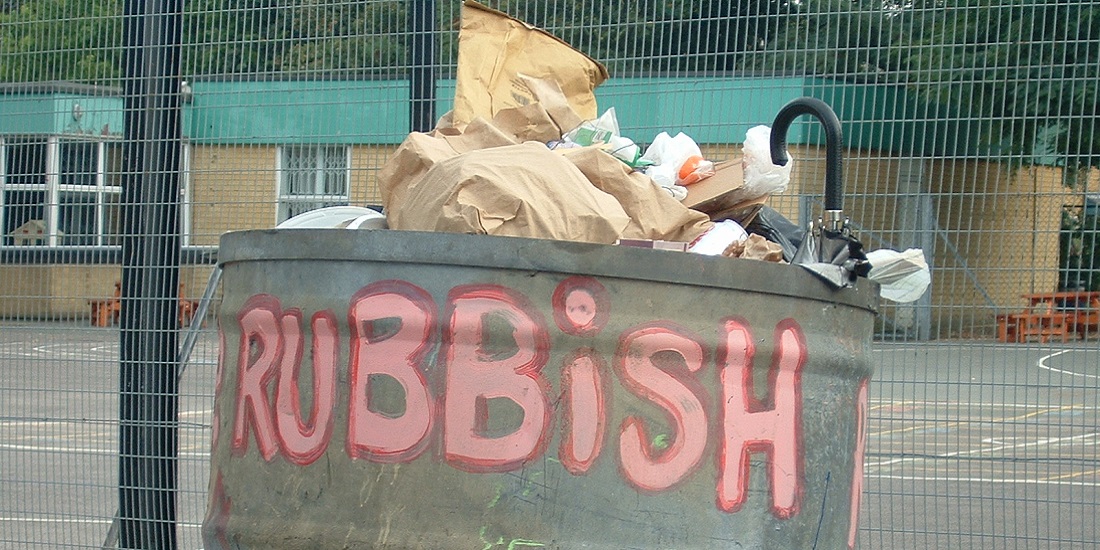 There is no maybe or probably to the fact that after America’s biggest feasting day, Thanksgiving, that wasted food has piled in dumpsters and in landfills too, just as leftover squash, turkey, pie and asparagus is being tossed.

Only about 5% of the U.S. businesses and households compost. Almost no hotels, stadiums or restaurants donate extra food to food programs. Usually, the wasted food just goes to the garbage cans and then are headed to a landfill.

At the landfill, it will decompose and let out methane. Wasted food will create 3.3 gigatons of greenhouse emissions, this is in reference to the FAO. One in three calories in food is wasted.
Global leaders meet to negotiate in Paris on how to mitigate global warming. Noting that if food waste could be a country, it would probably be the world’s largest emitter of greenhouse gasses. This is right behind China and the U.S. Food waste reduction is an environmental, humanitarian and an economic problem.

On December 1, 2015, also known as, Giving Tuesday, most non-profit programs help businesses give excess food to the hungry people and show consumers how to waste less.

The United Nations reports that all the world’s 800 million people who are frequently hungry could be fed if the food waste was entirely eradicated. Since wasted food is what makes up most of the landfills, cities will save money on those landfills.

Kai Robertson of the WRI’s Food Loss and Waste Protocol stated that there is a huge opportunity in all the excess wasted food. This is developed with union with Consumer Goods Forum, the U.N., and the World Business Council.

They developed a protocol as an accounting standard for measuring the food waste. They believe that the first step in solving an issue is to measure it.

– LeanPath has produced an app for people and businesses to track their own food waste. Just recently it released a guide for food service companies on the “20 tips to cutting waste that Every Foodservice Chef Should Know.”

– Food Cowboy is an app that allows hotels, caterers and restaurants pair organizations within a timely manner. This will allow for a hotel to find a local soup kitchen or food pantry to donate their excess food after a big event, instead of wasting it.

Andrew Shakman, the LeanPath CEO, stated in 2015 that the LeanPath’s app targets to help reduce waste at the source.

“Our Focus is how do we not have this waste first place. This is not something that can be fixed by edict, or by better IT (information technology), …. It is something that requires a behavior change.” Shakman said

For that, LeanPath produced a smartphone app to help change that behavior. So whenever companies or people notice the amount of food waste that is their fault, at what point the food manufacturer stream that is occurring. They are strong-minded to take firm steps to help cut that food waste. Rising attentiveness of the issue is starting to gain results.

Some of the waste are just what is cut off for vegetables or meat, from restaurants and stores to help show a good presentation on plates and packages. Most other waste is from spoiled food production. There is then post-consumer leftovers that people will leave on plates.

The US government and U.N.’s USDA and EPA has brought attention to this problem in the recent fall. By letting companies, consumers and schools know that their goal to cut food waste in half before 2030. This is a goal that is among the UN’s Sustainable Development Goal.

Money is lost for many grocers and supermarkets who have food waste. Consumers expect a wide range of vegetables and fruit in every season. A loss of too ripe to sell food has risen because of the shipping.

Safeway has campaigned to cut the food waste. This means, donating more of the excess food and to help convert some food waste to energy.

The director of sustainability for Safeway/Albertson stores, Chris Ratto, said that the chain gives away 62 to 72 million pounds of food per year to many soup kitchens and hunger-relief pantries. This is from good food that will never be fit for the store shelves. Most of the time it is the container that the food is in and not the actual food, that has lost appeal. Such as the boxes that are squished or maybe the cans that have little to no labels.

Safeway is experimenting with different ways to help turn the wasted food into fuel. This has installed bio-waste digesters to some of the facilities to turn the scraps of food into biofuel. This is then used by the store’s delivery trucks at the sites.

See also  Chicken Tractors Are the Next Big Things For Homesteading

Safeway is also trying to purchase the truck that can haul food and at the same time run on methane gas. Also, Safeway wants to put digesters at the distribution centers so that the theory of wasted food can go directly to the production of energy. This would be used for fuel for the company trucks.

Within The City Level

MissionPoint Capital Partners, as an impact asset firm, they have built a collaboration within the municipalities, pastors, businesses and NGOs to help find different opportunities for wasted food to be put to use for feeding people.

This kind of work will contain the effective logistics that procure food before it rots. This means, getting fruit that is not presentable but is still fresh, from many different stores and distributors, and bring it to the pantries has been shown to be a great challenge. This keeps more donations of food from happening.

By donating excess food or even food that is near the expiration date, is easier since the Congress passed the, Bill Emerson Good Samaritan Food Donation Act, this lessens the donors’ responsibility for donated food and groceries. Many food establishments and restaurants are not yet mindful of the law.

The USDA has announced a goal for the U.S. to help cut food waste by 50 percent has proven mostly as an awareness builder that food waste is a problem.

With that, food companies, university campuses, hotels, and sports stadiums are places that do prepare a ton of food and who will generally create a lot of waste. They have also partaken in the efforts to help reduce waste and use it to feed the hungry.