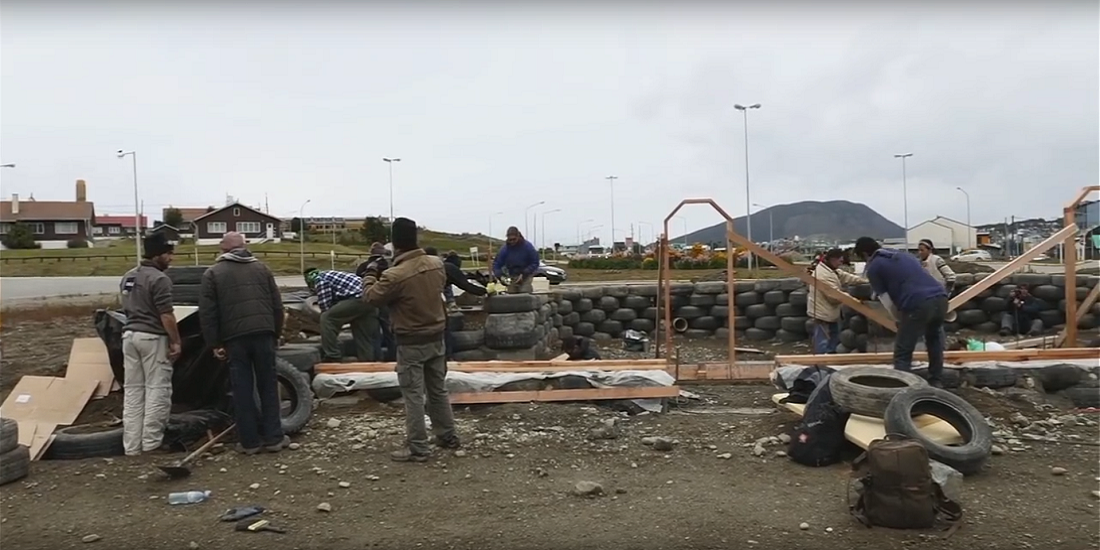 “Through intent, we are the architects of the universe; intent leads to action, action to change, and change leads to a better tomorrow, something YOU can be a part of.” – Mark Coppola, Valhalla Movement

These are strong words that inspire change for a lot of people. Mark Coppola, producer and director of the 2014 documentary, Recipe for Change – Ushuaia Earthship Build, talks about changing the environment one step at a time. The documentary starts with Coppola talking about Ushuaia and its current sewage and waste problem.

Ushuaia is a resort town located on the Tierra Del Fuego archipelago in Argentina, which is the southernmost tip of South America. Ushuaia has long been struggling with how to get rid of their waste, and the most shocking thing is how they are currently doing it. The town’s sewage has around 10 pipes leading directly into the bay, which in turn damages the surroundings of Ushuaia. They literally have no water treatment plants and no sewage plants to process the ever growing human waste produced by the town.

One of the major pressing issues would also be the fact that their recycling plants have no means of eradicating waste products, the number one contributor of which is rubber tires. The increasing number of tires is due to every car owner in the town changing their tires every snow season. The average owner has 8-12 tires which created the large build-up of tires in the area. 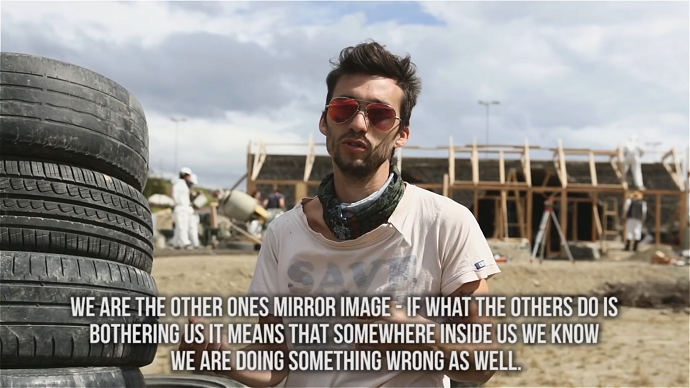 The documentary also talked about the slums that surround Ushuaia and how the people slowly carve out the forest to build their homes. The slum, most commonly known to the city dwellers as “El Escondido” which literally translates to “The Hidden”, shows massive amounts of houses made from makeshift materials up in the mountain. The residents would say that they built their houses up there since there was no more space on the lower ground to build their homes. This is extremely alarming since these houses also produce waste, and where does it all go but downstream into the city.

The amount of garbage that builds up in the town has nowhere else left to go. Citizens have also lost the drive to make an initiative due to the fact that their garbage all ends up in the same place anyways. One interview told a story that the trash in their recycling bins in the middle of the town gets picked up by a truck and the contents are just dumped on top of each other. The town’s system is so out of shape that the people have lost the will to change it. That’s why the Valhalla Movement together with the Earthship Academy went hand-in-hand to build an earthship to show the people in Ushuaia that their garbage can be used for many other purposes.

See also  A Bucket of Water in the Desert

An Earthship is a type of building that uses recycled materials as its components. It also runs on green solar energy that powers the entire home. This design was made by architect Michael Reynolds as a mean of producing a building that does not harm the environment to survive. It contains food grown using natural methods and helps save freshwater by its unique system. The huge amount of tires in the district was used to build the foundations, and the bottles to build the walls that surround it. This is to show the people that their trash could be used for something extraordinary.

“Earthships are kind of a dichotomy though; they are aimed at keeping people alive and healthy without much technology; Physics is not technology, physics is here on the planet before we were and so is biology, so we’re kind of trying to marry the non-technical physics and biology of the planet and in making use of the technologies that is HERE; but it’s less reliable than the physics and biology of the planet so, we don’t wanna get too wrapped up in it, like the world is now, they’re all wrapped up in technology, and as technology starts to falter, like the nuclear power plant in Japan, and other things like that, and as technology falters, people start to panic.” – Michael Reynolds, founder of Earthship Biotecture.

The earthship that was constructed is only a symbol of what the people could do for their town. It is up to the people to create change; and to create that change, they would need to start with themselves. Change is brought about by a community, and a community is built by people; if a link is broken in a chain, the chain would not be able to perform its role. Coppola wants the people all over the world to view the initiative in a good light, that if they could help a town called Ushuaia, the system could help the entire world.

See also  Secret Reasons you Should be Concerned about GMOs

In a heartwarming effort of a one Eduardo Álvarez Tuñón:
“If you have the good fortune of walking to the shore of the canal, or along Maipú Avenue and then turning towards Los Cauquenes Street, between the mountain and the sea, when the unique flowers of the lupines of Ushuaia get more colorful, you can see the Nave Tierra (Earth Ship).

Its name describes it with the perfection of the words. It seems to be born from the very earth and to move torwards one of the most moving horizons of the planet. The back wall allows a glimpse of bottles. Some say the house is built with the things we no longer use, but they’re wrong. It’s made of all those things that accompanied us and helped us live. It’s not contempt for things, but a celebration of those things. It’s a way of saving them and saving ourselves.

Bottles aren’t just bottles: they’re witnesses of shared dinners, joys, laughs and conversations that won’t return. The tires have something of all the trips we’ve taken throughout our lives.
The Earth Ship is made up of all our days. Recycling is a subtle form of homage. It’s like a Noah’s Ark of all those things that helped us live, a ship that saves everything.
I watch them work from a distance. Suddenly there’s some wind, some clouds, some drizzle, some sunshine. It’s not the weather of Ushuaia: what happens is that all the elements of the planet come up to see how a house is built.”

about land care sustainability what is it